When a Cowboy takes a look at life, his sense of purpose and meaning is shaped by Gods creations and the rugged terrain of landscapes he covers on horseback. He soon learns that rough trails and long days in the saddle are a way of life & a great teacher. He learns to be content with what he has, and not only talks humility, he lives it!
In the late 1800’s, the majority of cattle in the world seemed to be coming out of Texas. As cowboys toped each hill and looked back, they usually saw 7-10 herds behind them. They also knew there were at least that many ahead. If they looked on the other side of the river, they could see dust of maybe 15 more.
For the Cowboy, a trail drive meant weeks of grueling monotony, mixed with hours of real danger and little time out of the saddle. River crossings were dangerous and cattle stampedes could be fatal. Even so, it was merely the beginning of the world’s fascination of the legendary Western Cowboy, and the leather he rode on. 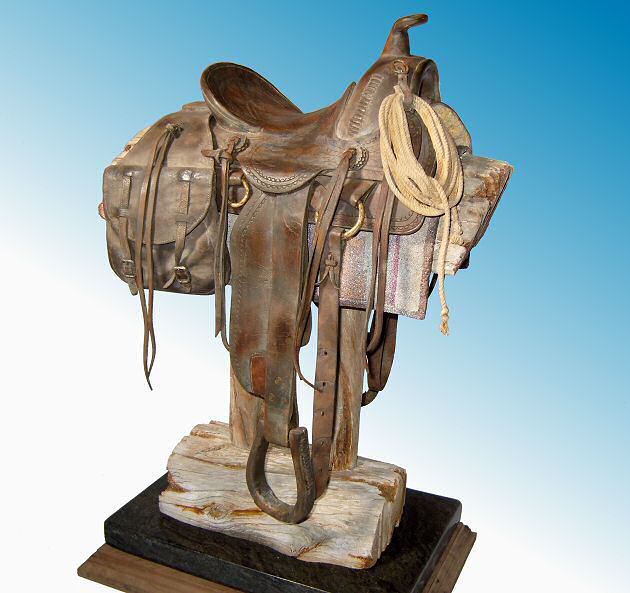 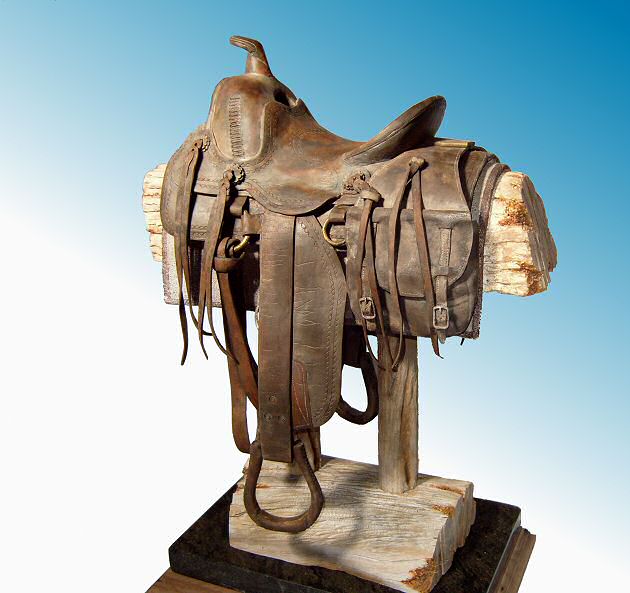 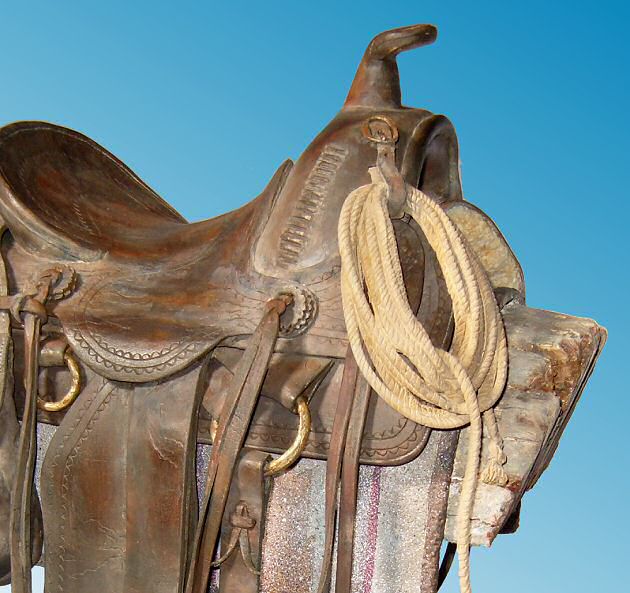 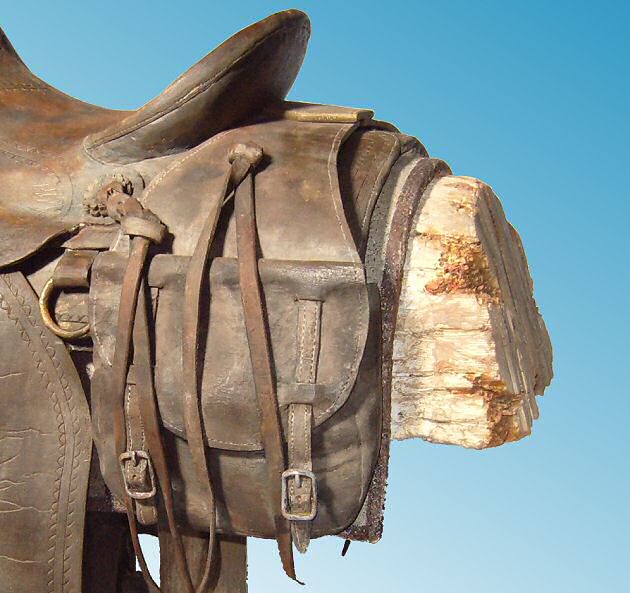 Cowboys complain about those long 20 hour days, and the rough and tough times in the saddle.

“Wakin’ up at 4:00, saddlin’ up, and finding the cattle a place to graze. My hands hurt from lifting up my hat and doing all those hand signals, and holding on tight to the reins all day. Never mind about my hands. My legs hurt from rubbing up against the saddle and horse. And my butt. . .well, that’s another story.

Being a cowboy is a miserable job; suckin’ up all that dust and dung that the cows leave behind. Oh dang, I think I swallowed a fly and now I’m not feelin’ so good. All I see is cows, calves and horses, and there’s an awful bite in the wind. Sure hope a storm ain’t a brewin’.

After we get us a few hours of shut-eye, and a cup of Cookie’s best, reckon we’ll do it all over again. That’s the Cowboy Culture.”

Made in Montana – SOLD 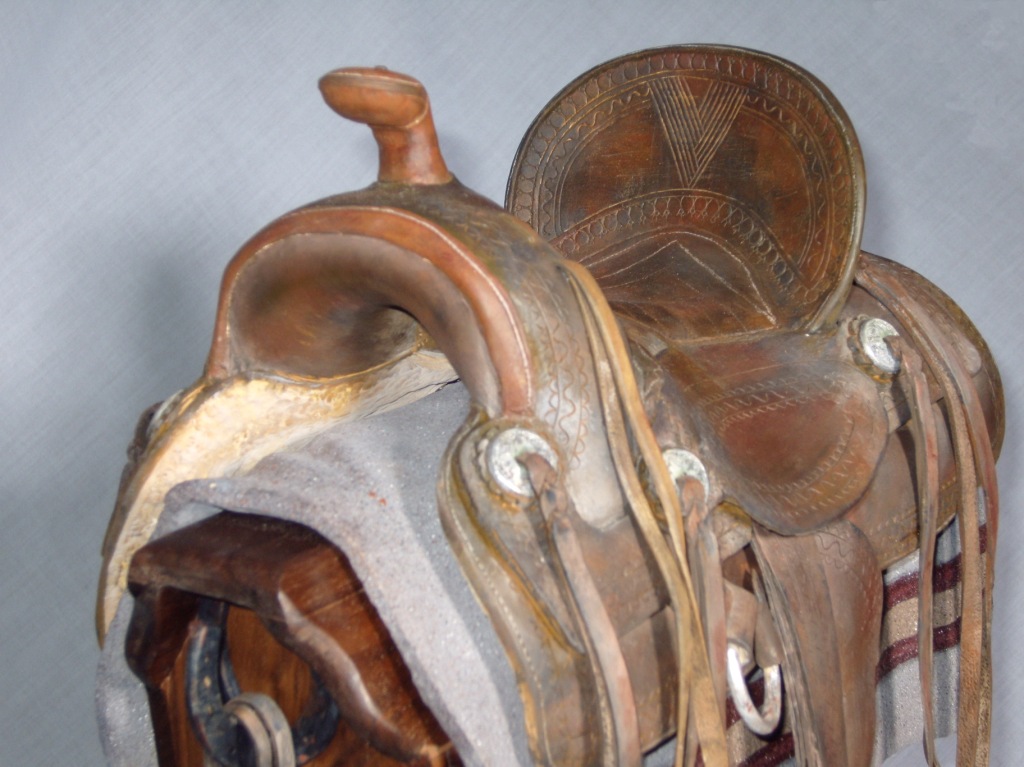 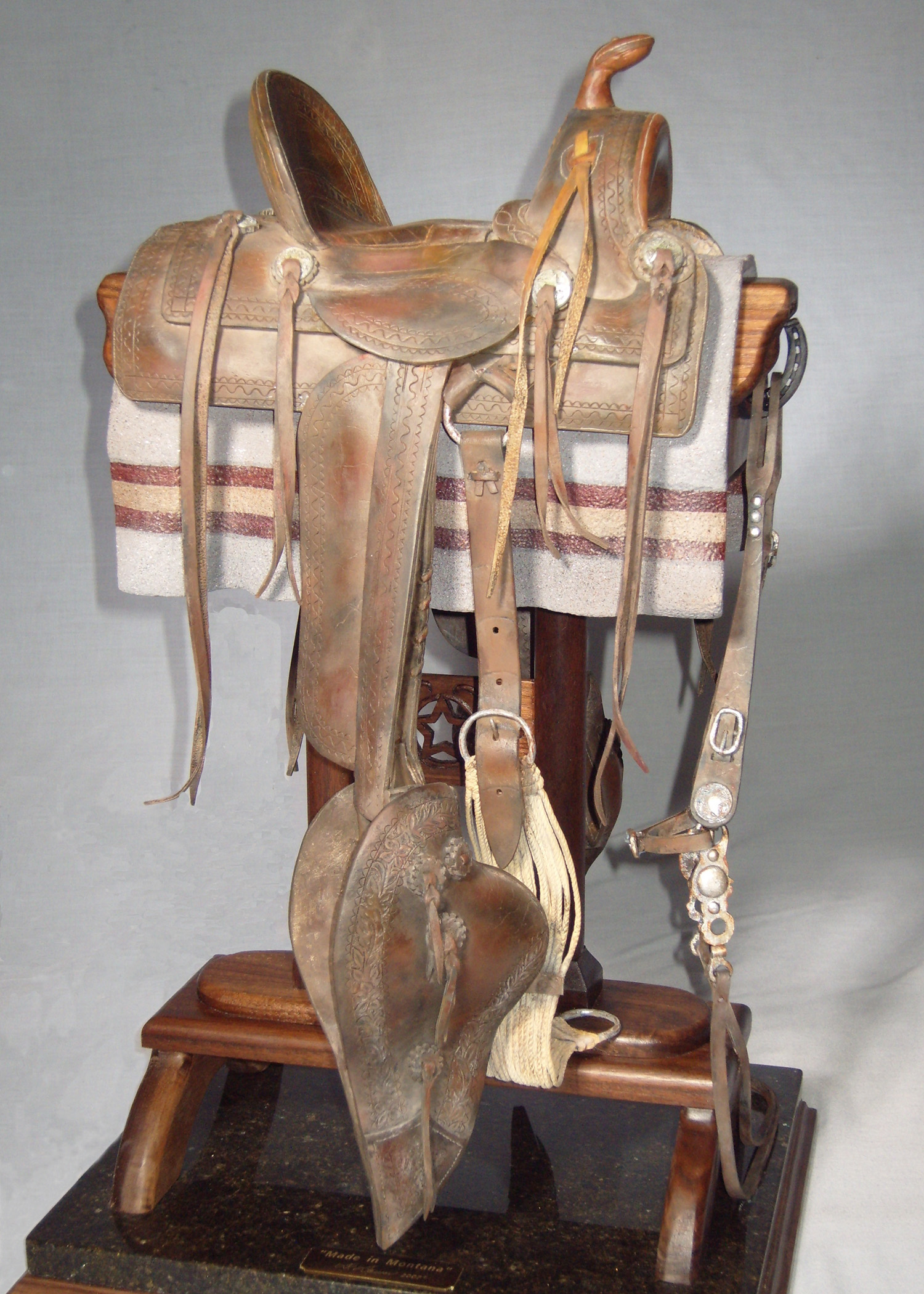 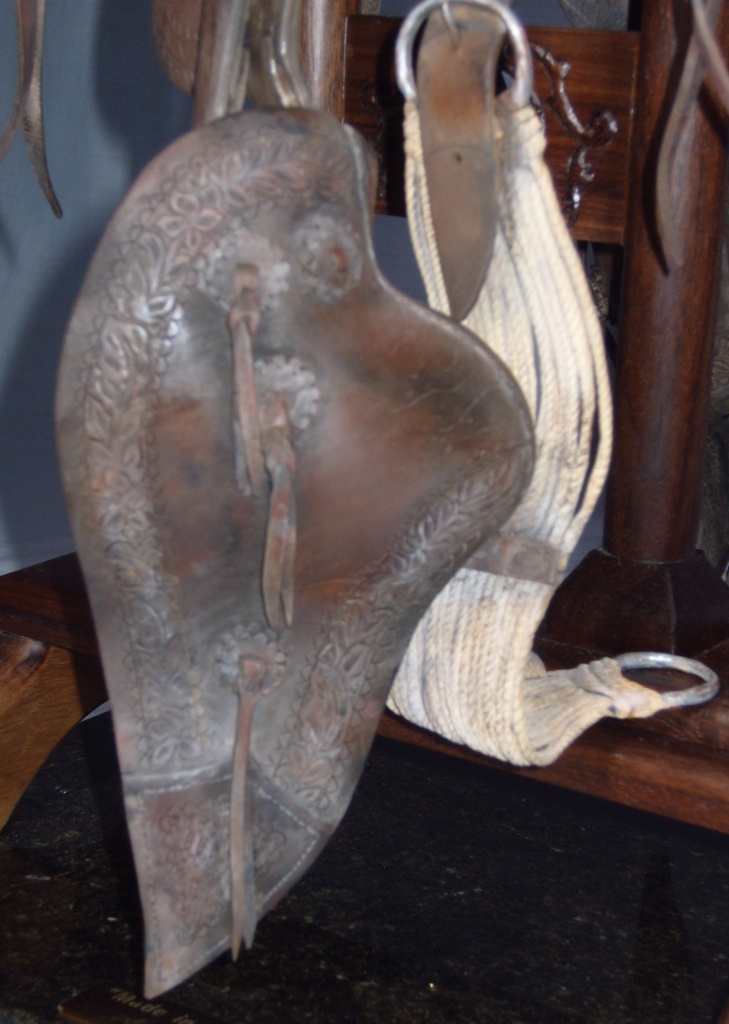 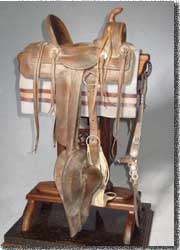 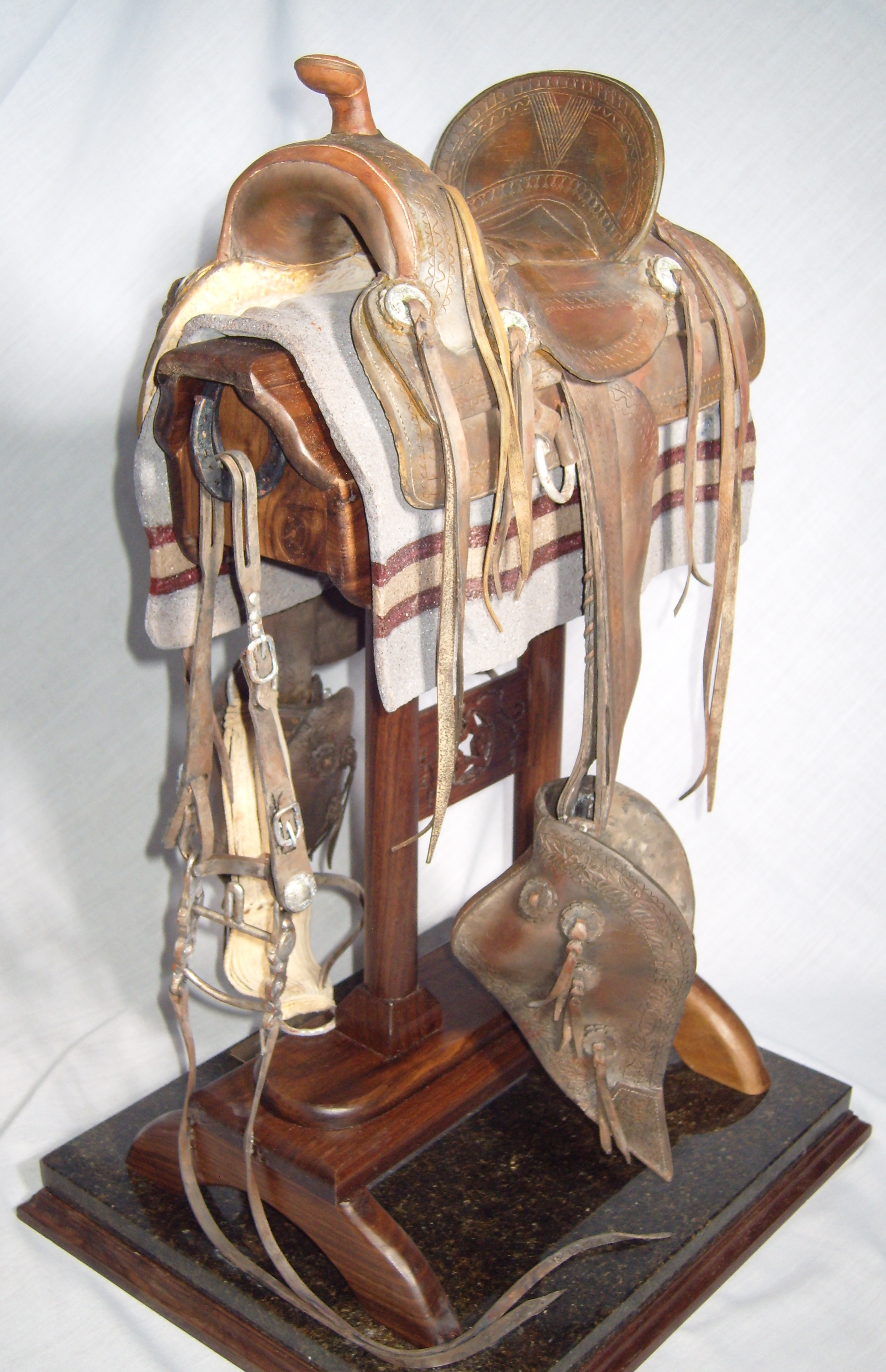 Long hours saddles in the hot sun or moving cattle through a driving blizzard. Little money, and plenty of lonesome hours spent drifting from place to place. His total worldly possessions included a horse, gun a good saddle and whatever he could stuff into a bedroll.

In 1912, the Connolly Brothers, (Jack & Pat) moved from the copper rich mining town of Butte, Montana to the thriving commercial hub of Billings in eastern Montana. The two, along with another brother Andy, planted deep roots in the grass rich prairie cow-country. With their extreme skills, The Connolly Brothers Saddle Co. was formed, and soon became a favorite of the western cowhand.

Prominent customers and riders of the famous Connolly saddle of this period included Jim and Walt Hill (builders of the Great Northern Railway), and famous bronc rider Al Grasfeilf.

Perhaps the most noted cowboy to ride and promote the Connolly Brothers saddle however, was famous western artist and author Will James. He bought his first Connolly saddle second-hand as a young man while living in Canada. Upon moving to the Yellowstone Valley region, he became friends with the Connolly’s and rode nothing but their saddles until his death in 1942.

Saddles were made under the brand of “Connolly Bros. Makers – 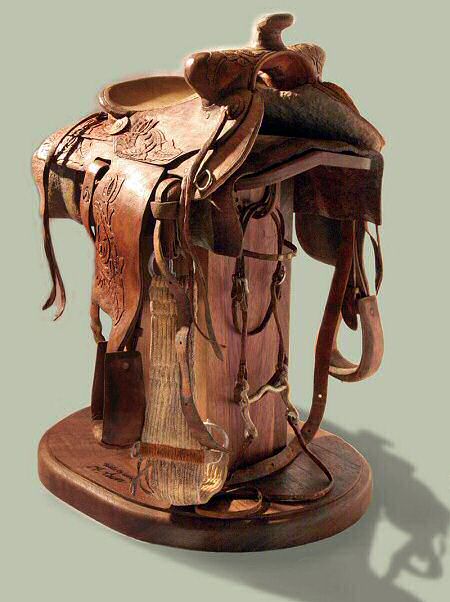 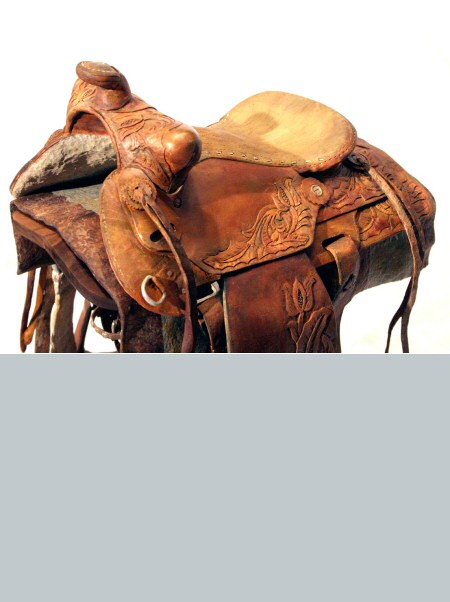 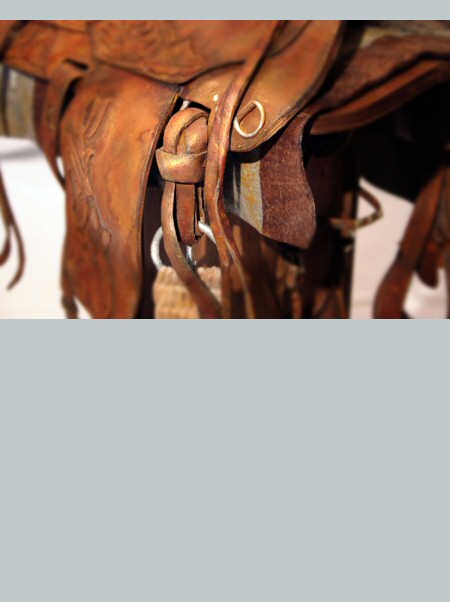 The wide-open ranching country of Castle Valley (Southeastern) Utah is rich in western history. Outlaws like Butch Cassidy, the Hole in the Wall Gang and many others spent time dodging lawmen in this land of mysterious sandstone formations that I call home.

A lot of time was spent on horseback. Cowboys had to know how to train wild horses, be excellent riders, and know how to use a rope to catch and tie a runaway cow.

A good saddle, like a comfortable shoe, could make the difference between a miserable ride for both human and horse and a comfortable day doing work in this beautiful country. We had pride in our gear and pride in our work. A Good Utahan brand saddle was one to be proud of. Manufactured in Vernal Utah, usually hand stitched and tooled, it was a prize for all who used it. 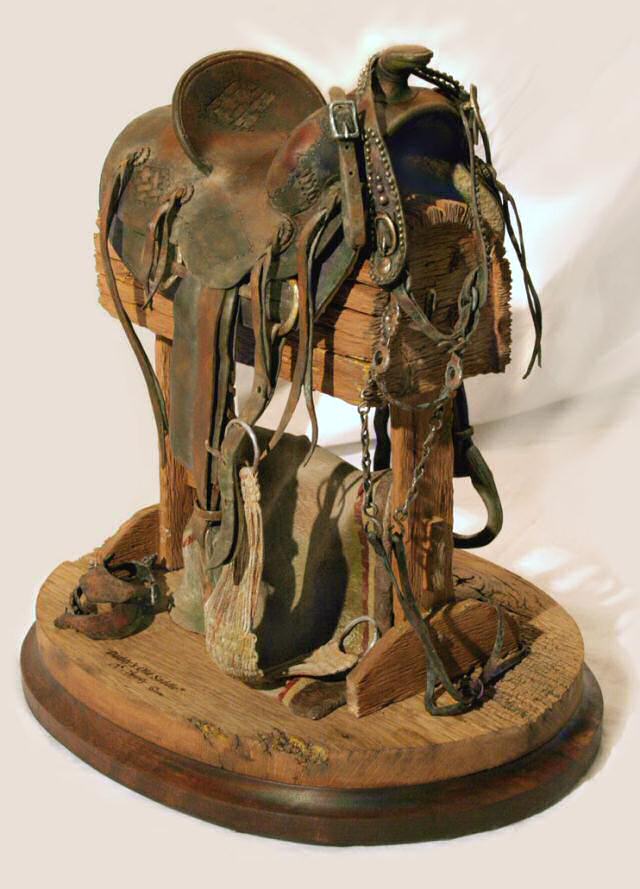 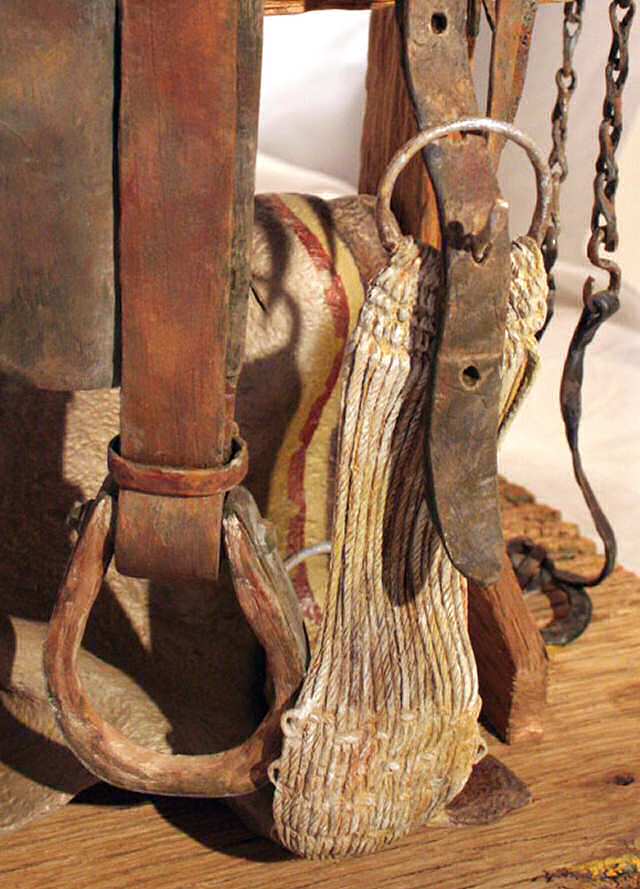 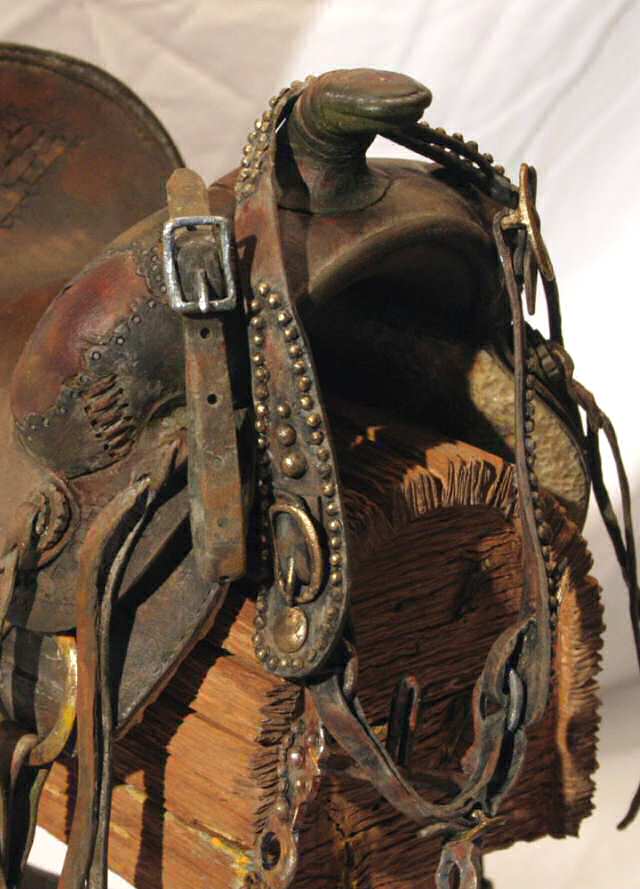 The road is dusty as I drive up the canyon. I guess there’s no one left but me who remembers how this valley used to be when I was young. There’s not much left of mom and dad’s old place. A decaying house, an old stone wall, the windmill and the shed where Daddy stored his equipment.

I open the partly ajar door of the house. There are leaves on the floor, but it otherwise seems mostly intact. It is so neat to remember when we used to live here. We had no electricity, and not even a bathroom or running water. The kitchen was huge, with a large pantry. I climb the rickety old stairs to the second floor and look out the small window at the old windmill, the corrals and loading chutes.

As I walk the grounds, I marvel at the beauty of this land. The hillsides and fields are beginning to turn the gold of summer. Splashes of yellow mustard paint the hills and purple flowers tint the hollows. Ah, but there is a lot to reflect on this morning as I think of those by-gone days of this old homestead.

In the shed, I find a prized treasure; Daddy’s old saddle. Still on the stand as he left it, with his spurs beside it and the saddle blanket draped below. My, how he loved that saddle, I can still hear the echoes of his voice as he talked about it. “A Newton Porter original,” he would say. “No finer saddle was ever made.” It’s worn, and patched from years of hard use, but this treasure and the memories it carries are priceless. What a sentimental homecoming. 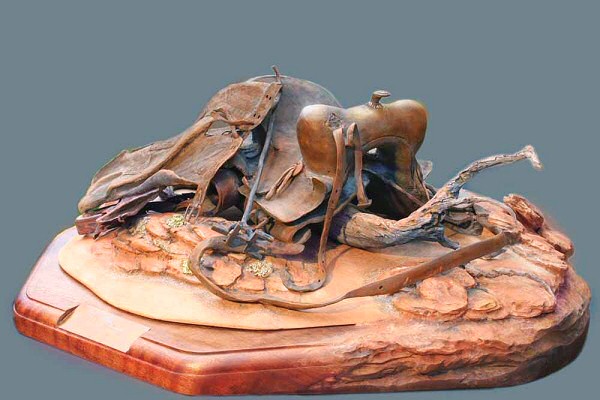 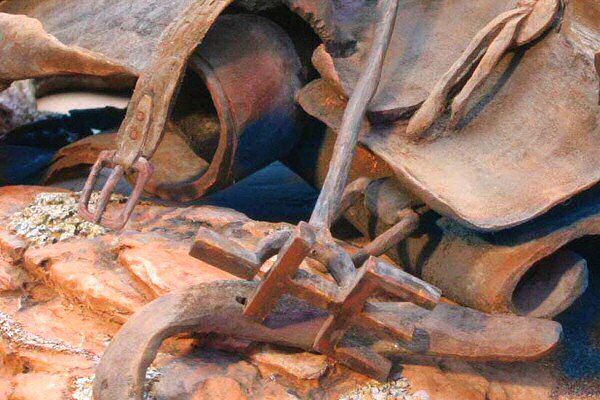 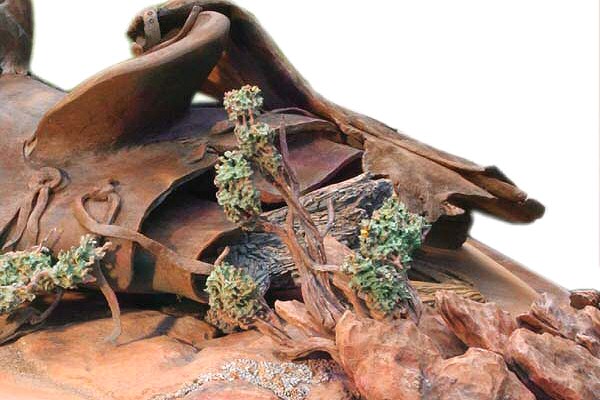 The saddle is worn and rendered unusable. However the true story of the hardworking cattle rancher who owned it will live on forever.

In the early spring of 1931, Bill, a hard working cattle rancher took a beautiful young lady for his bride. Ranching was a hard life, which left little time for a honeymoon. Bill was resourceful however, and invited his bride to accompany him on the spring cattle round-up. He bought her a new pair of riding boots, packed an extra bed roll, and saddled her favorite horse. Bills Saddle was then placed on old “Teddy.”

The honeymoon, was not very romantic by today’s standards. They rode hard, slept under the stars, surrounded by cattle and other cowhands and listened to the Coyotes howl.

The story was often told and fondly remembered by this couple as they raised their family and grew old together. 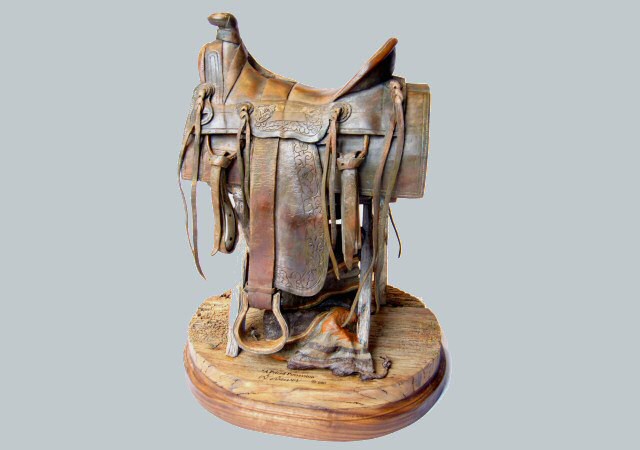 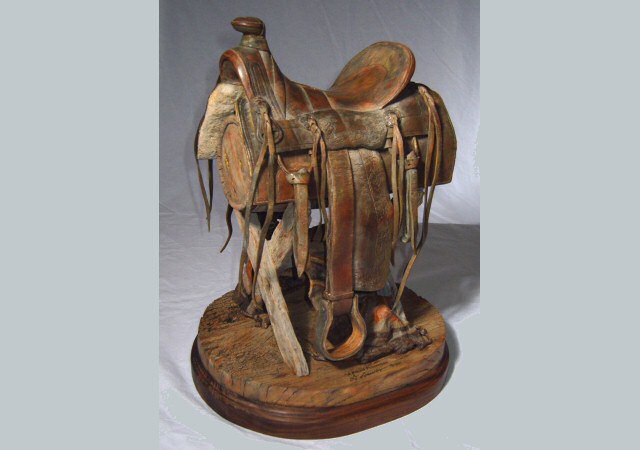 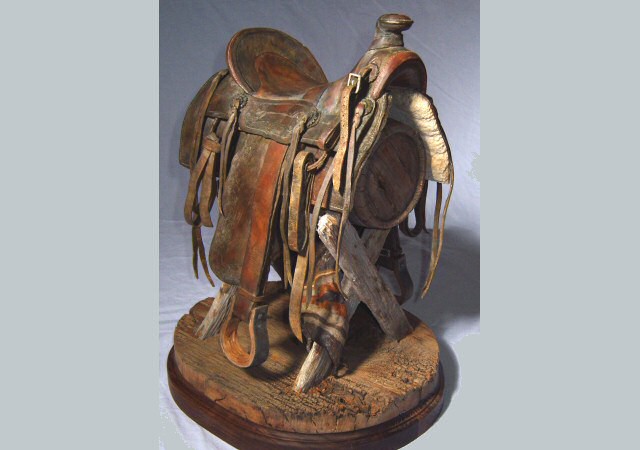 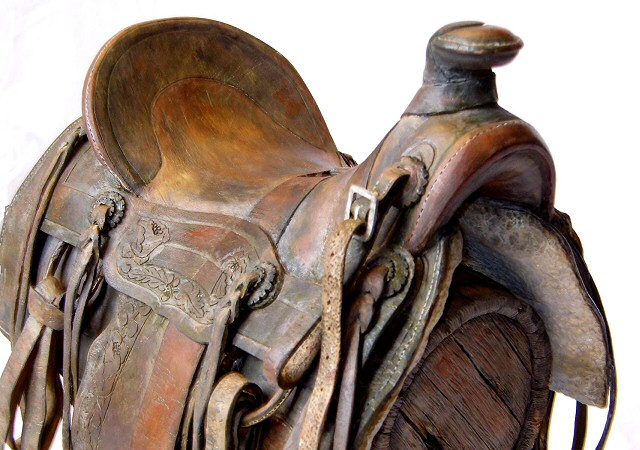 To the cowboy of the Old West, nothing was more challenging or miserable than the long cattle drives from Texas to the Kansas railheads in the late 1800’s. The cowboy usually had several prized possessions, including his boots, hat, favorite bridle and his firearm. The single piece of equipment the cowboy was most particular about, however, was his saddle: and no wonder. For months at a time, he sat in it all day, and occasionally half of the night as well. Though a cowboy may not have owned his own horse (using horses supplied by the ranch), without a doubt, he owned his own saddle. Indeed, a good saddle was his most prized possession, often costing a month’s wages or more.

There were many fine saddle makers of the day, but without doubt, the real cowboys rode this classic of the old west. An open or 1/2 seat trail saddle, with exposed Sam Stagg double riggings.