“Trail Buddies” is Available For Sale!

See the Sculpture and Read the Story behind it here!

“The Humble Sojourn” – Commission Piece – Not For Sale Motivated to join their fellow church members in Utah, but lacking funds for
an ox or horse team, nearly 3,000 Mormon pioneers made the journey from Iowa or Nebraska to Utah
in ten handcart companies. The handcart movement began in 1856 and continued until 1860.
Although less than 10% of the pioneers traveled by Handcart, those who did represented the
faithfulness & sacrifice of the pioneer generation.
The emigrant companies included many children and elderly individuals. Pushing and pulling Handcarts
was difficult work and many deaths occurred along the train. However, journal entries reflect the
optimism of these rugged pioneers, even amid their hardships. The helpfulness, brotherly love, courage, endurance and human kindness of these people in the midst of raw horror, is unparallel in western history.
The true “Mormon Trail” was not on the prairie, but in the spirit of those rugged handcart pioneers as they made “The Humble Sojourn.” In the mid 1800’s, thousands of people traveled across the United States to the West. Some were searching for gold, others wanted to practice their religion freely. Still others hoped to own land and make a better life for their families.

Their journey by wagon was long and hard, and many did not survive. Those who did, were ordinary people with extraordinary experiences.

The “Touring Spring Wagon” was an important vehicle in the late horse drawn era, and an American favorite. Built with two seats, its practically made it popular both in rural areas as well as in cities and towns. It served as a business or family wagon.

Each of these wagons came with the option of a pole or shaves. The pole being used for a two-horse pull, and the shaves for a single horse. The canvas top gave the riders shelter from the elements, and the sides could be rolled up to allow air to pass through more freely.

Today, only fond memories remain of this once popular buckboard wagon, “East of Zion” I ain’t a complainin’ mind ya, but I’ve risin’ ever’ mornin’ before the roosters crow, and got home a way after dark.  I’ve driven cattle fer miles; faced lightening, cloudbursts & mud. Stampedes, rattlesnakes, stinky old hair or a sickly calf that’s needin’ my care.

There’s grit in my teeth, as I give a big sigh; nithin’ I own appears to be dry.  My boots are all rough and weatherworn… some would say they’re badly torn.

It is hard to explain just how I feel.  It gets lonely.  Aw, it’s nothin’ – just doin’ what needs to be done.  That’s a cowboys life on the run.

I wince from pain as I pull these boots off, knowing tomorrow I’ll do it again. In the 1800’s, in the main part of any bustling community, the sounds of horse hoofs and wagon wheels on the often muddy roads were normal.  Everything from buckboard wagons to the finest surrey would be seen, with horses hitched to a post until their owners returned.

The fringed surrey, complete with a canvas top, fenders, leather seats, headlamps and solid rubber wheels was reserved for the more wealthy residents.  Several manufactures made these surreys.  The #313 Surrey could be ordered from the Elkhart Carriage and Harness Mfg. Co.  They were not sold by agents or dealers.  You ordered them yourself, directly from their large factory.  No money in advance was required.  Their ads stated that they would ship it for the customers for careful examination, and you pay only after “You are pleased and perfectly satisfied.”  The price complete with shipping – $88.00

With the advent of the automobile, many of these companies found themselves in trouble, and by 1920, most had gone out of business.

Today, only fond memories remain of the once popular surrey with the fringed top, left decaying due to the “Elements of Time.’ The Lord restored his kingdom to the earth by providing Joseph Smith with a succession of visions, visitations and revelations.  On September 22, 1823, an angel named Moroni was sent to the Prophet in in fulfillment of a prophecy uttered two-thousand years earlier by Jon the Revelator.  The angel informed Joseph of an ancient record preserved by God’s covenant people who lived in the Americas.  Joseph was given the assignment to translate this record-called The  Book of Mormon-and then utilize it’s contents in the formal organization of the Church of Jesus Christ in April 1830.

Apostle Parley P. Pratt gives this account detailing how the revelations in the Book of Commandments (later the Doctrine and Covenants) were received and recorded:  “After we had joined in prayer in the translating room, he dictated in our presence a revelation.  Each sentence was uttered slowly and very distinctly, and with a pause between each, sufficiently long for it to be recorded, by an ordinary writer, in longhand…..as he dictated them, so they stood.”

“Restoration” – A Divine Calling  is available FOR SALE. The Western saddle has had a long and interesting history. Playing a huge part of this history is the “Mother Hubbard” saddle of the 1860’s.

The Texas cowboy was the first to introduce this saddle, and by 1866, they earned their wages and saw the world from its seat, as it had become the preferred saddle for the long cattle drives. The fork and tree were covered with leather and the large Mochilla was fastened permanently. Stirrup fenders were first introduced with this saddle, to protect the riders’ legs from the sweat and friction of the horses body. It had squared corners with no skirts underneath the stirrup leathers. The stirrups were made of steamed bent and hand carved wood.

The saddle was heavy and rugged, and could be securely placed on the horse.

Although it’s popularity was somewhat short-lived (only 10-15 years), it was probably the forerunner of many of the saddles in use today.

“Mother Hubbard – A Texas Icon” is available FOR SALE. 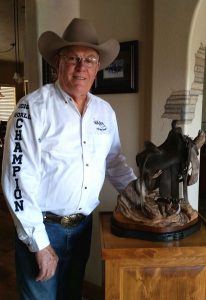 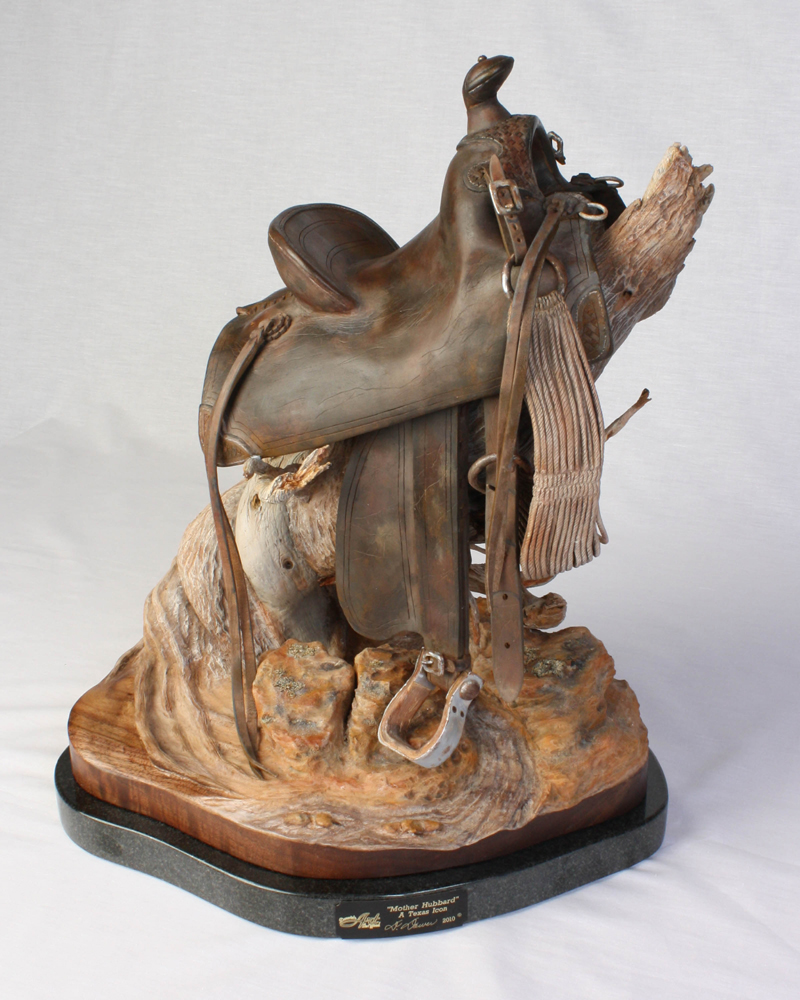 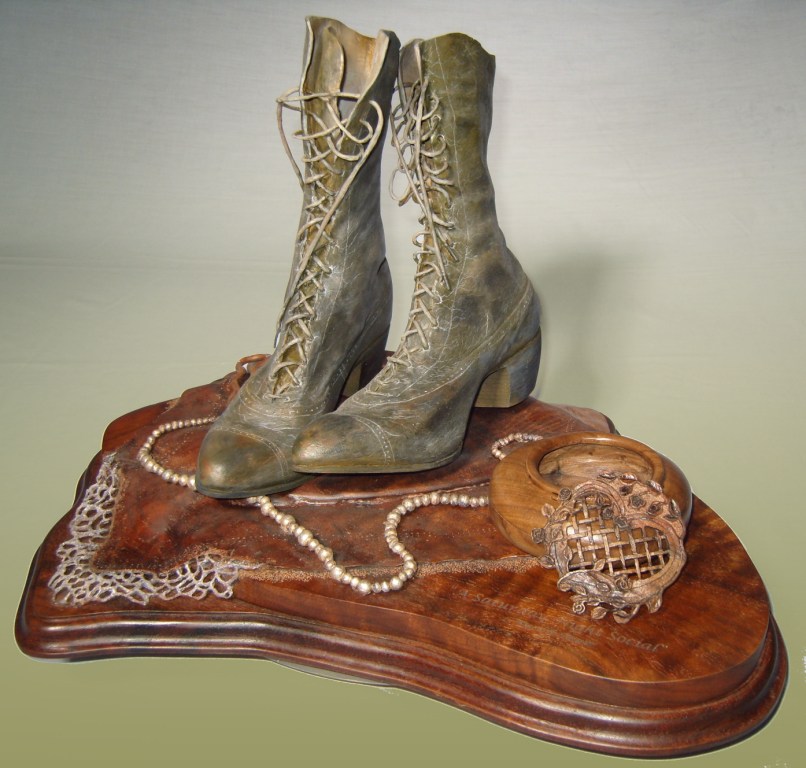 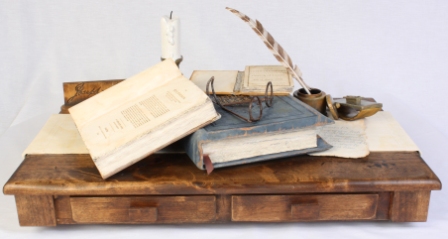 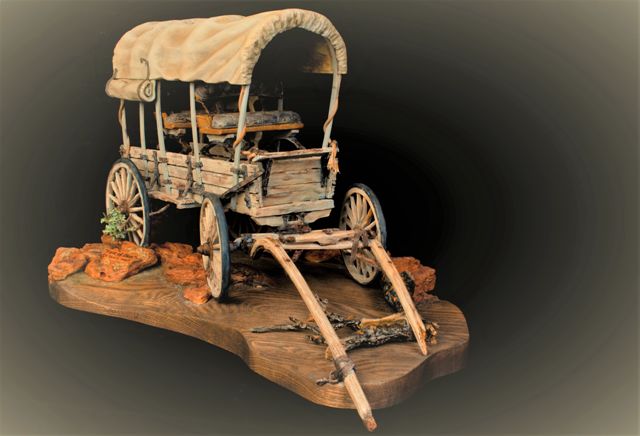 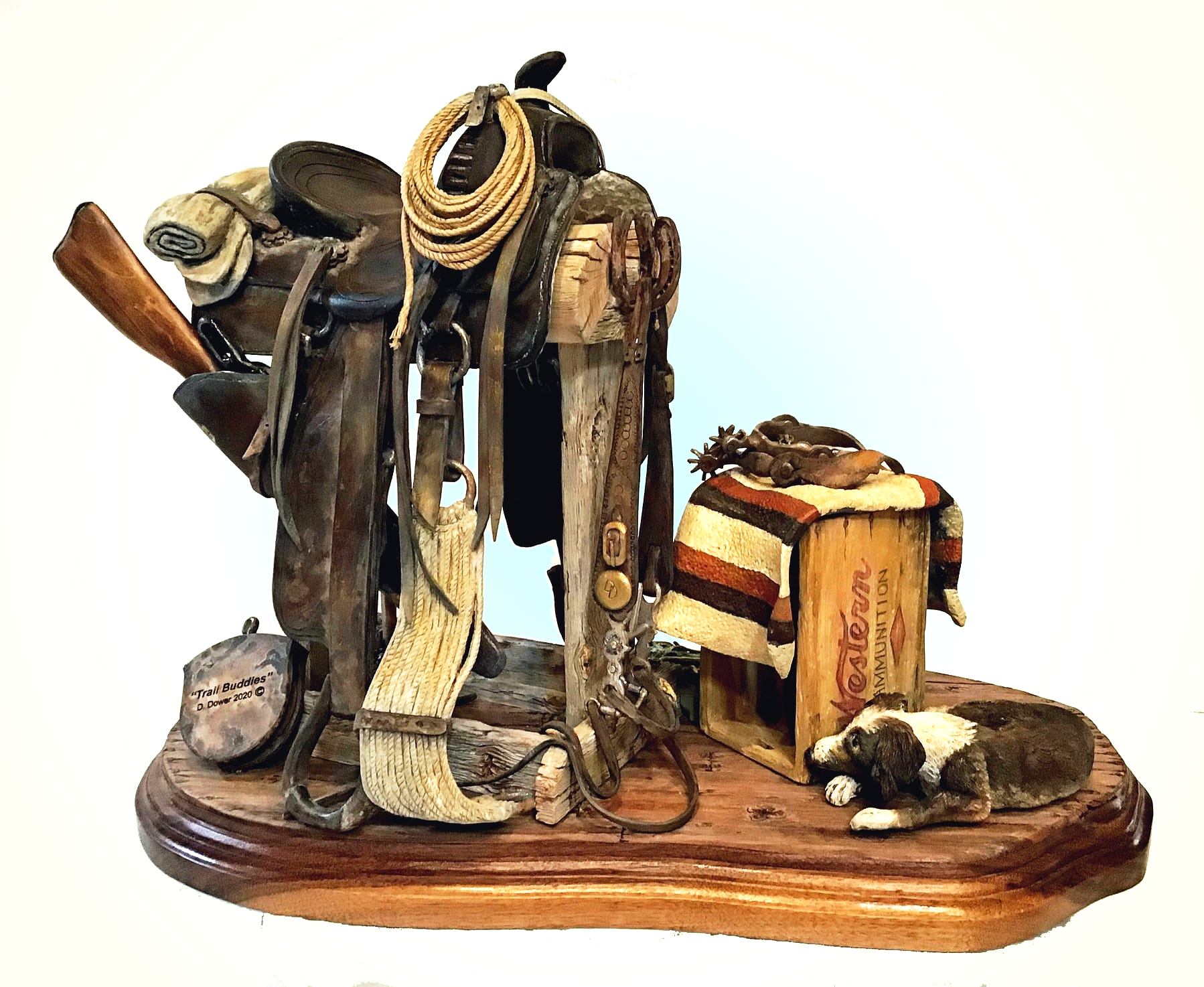